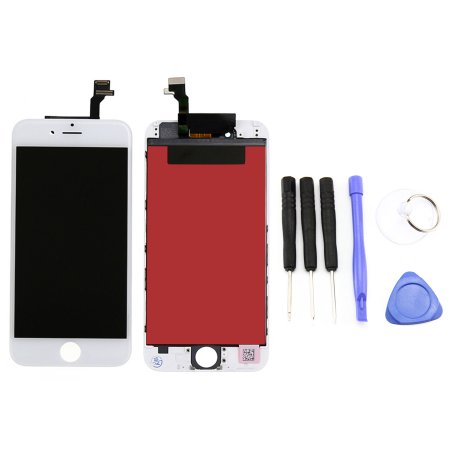 In September 2016, Apple's latest product iPhone 7 was officially released. In addition to the much anticipated A10 chip, dual cameras and wireless headphones, the new iPhone's battery life has also been further improved. Although the scene in the conference did not disclose the specific size of the capacity. But according to the official introduction, in the actual life test, iPhone 7 compared to the previous generation 6s extended by 2 hours. But what is the actual situation? Then let us use an iPhone 6s to compare to see if the iPhone7 battery life is consistent with the official description.

In accordance with established practice, first look at how the iPhone 7 battery capacity, although the official did not publish data, but the Ministry of Industry can query the Apple iPhone 7 parameters, including iPhone 7 battery capacity of 1960mAh, 1715mAh than the iPhone 6s increased 245mAh, do not underestimate this 245mAh, in the optimization of Apple, it can play unexpected chemical effects, in addition to this is Apple to cancel the headphone jack, to increase the valuable internal space in exchange for.

And from the official web page contrast, this 245mAh brought a full range of lifetimes to enhance, including the use of Internet time increased by 2 to 3 hours, wireless network video to increase the use of 2 hours, of course, this is inseparable from the A10 processor Of credit. Apple A10 processor chip, although the same with the A9 16nm FinFET process, and not to enhance the cost of power at the expense of the opposite through a reasonable switch between the different core, A10 Fusion processor also help iPhone7 series to extend the battery life The A10 Fusion processor has four cores, two of which are high-performance cores, while the other two cores are used for lower CPU resource applications. The new controller will take over CPU calls.

In the first part of the game test, two in a row after a continuous operation did not appear serious fever, feels are. After the end of the iPhone 6s remaining capacity of 77%, iPhone 7 remaining capacity of 83%, from the first round, iPhone 7 began to lead 6 percentage points power, from this point can also see the A10 processor for performance and energy consumption between the optimization. Since then, the local video viewing, the gap is not obvious, iPhone6s fell from 77% to 66%, out of 11% of the electricity, while the iPhone7 electricity remaining 73%, down 10 percentage points.

Use Safari browser to watch online video 1 hour, the gap is still not obvious, iPhone 6s fell 15%, the remaining 51%, while the iPhone 7 power down 13%, the remaining 60%. You can see in watching video, the difference between the two is not large, but the iPhone 7 battery capacity still has a slight advantage, A10's power to play is not obvious. But to a continuous brush weibo1 hours, the gap began to show, after testing iPhone 6s remaining 33%, down 18%; and iPhone 7 remaining 47%, down 13%. Weibo the whole process most of the time watching video and pictures, relative to the time is a comparison of consumption of system resources scene, this time the iPhone 7 lead began to expand.

And then 30 minutes of high-definition 1080P video capture, which for the system resource consumption is great, and is also a great test of processor performance optimization point. And this process 6s appeared a substantial decline in power, video capture to 11 minutes, the phone prompts less than 20% of the power, shooting up to 17 minutes, the phone power tips less than 10%, the overall from 33% to 5% 28% of the electricity, while the performance on the iPhone 7 is good, the overall decline of 14%, the final remaining power of 33%. Finally, the call test, according to past experience that iOS does not cost much power, after the end of the call at this time 6s is still the remaining 5%, perhaps Apple's last power is relatively durable, there is no power-down. IPhone 7 is a good performance 3% power loss, the remaining 30%.

Remove the headphone jack, iPhone 7 in the vicinity of the chin to increase the Taptic Engine vibration motor, which brought pressure to the Home button. IPhone 7's Home button to abandon the mechanical structure, that is, does not support the press. The user can choose according to their own habits of three levels of pressure. But in the actual experience, iPhone 7 pressure home button experience does not seem to show the mechanical structure of the button that kind of press the feeling, and just need to get started to adapt. In addition, the iPhone 7 pressure Home key interaction and earlier, click back to the main menu, open the background twice, touch twice into the half-screen state.

The entire test link down, iPhone 7 remains more 25% of power than iPhone 6s. And through process we found under the scene when the overall need for extensive use of system resources, such as video capture, iPhone 7 has a greater advantage, as A10 plays important role. But for the lightweight applications, although A10 is still leading A9, the overall gap is not large. Finally in accordance with daily use, iPhone7 remaining 25% of power is enough to support 2 hours of using, so you can predict what Apple stated is true.

According to china supply chain sources, Apple iPhone 7 LCD screen replacement assembly may switch back to G/G panels. If you are interested on iPhone LCD screen parts, you can go in discussion for a wholesale account with experienced supplier Cell Phone Age com.