Starting with a brief introduction, a cajon is a simple box drum which is made from thin plywood which acts as the front playing surface of the instrument. Historically, the cajon is part of Afro Peruvian music which is said to have originated from peru, where African drums used by slaves had been forbiden by the colonialists. During the 16th century, slaves would make the cajon from old packing crates and use them to replace african native drums.

Overturned wooden boxes were also used. Later the cajon was added as an instrument of Vals Carillo and was used to play folk music of the peru. The cajon has now become world wide and it's use has spread all over the world. In the current world, the cajon has greatly been developed and if you need a good cajon, here are several factors you need to look in to: 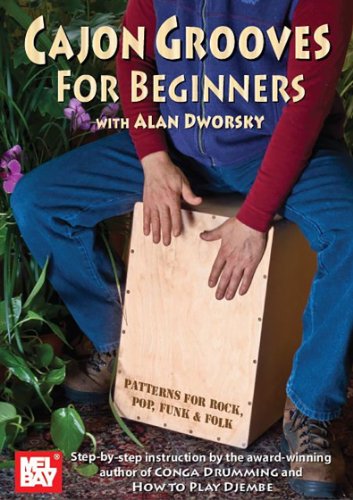 Most of the cajons have snares that serve the purpose of producing a rattle or buzz to the high tones produced. Nevertheless, some cajons are purposely built to produce deep bass sounds while other Cuba-styled cajons produce conga-like or bongo tones. Cajons with snares and those without, sound completely different. A cajon with snares will be suitable if you are planning on replacing a drum kit. Snares are less important if you are planning to use your cajon as a hand-drum substitute or a conga. You should know what you want and where it will be used.

Out of experience, high profile and brand logo does not necessarily make good cajons. Every drum is usually made from materials that vary slightly, and for this reason, the drums produce different sounds. If you take your time to compare different drums in a particular brand or even across brands, you are most likely to find your drum is a seemingly lower model just because of a good combination of materials. It is important to shop and take your time in choosing the appropriate cajon that you need.

Finally, choosing a cajon as per the sound it produces is hectic and individual. However, some of the basic principles include:

• High tones- It should sound sharp with some element of 'pop' to their tone.

• Tone separation- There should be a clear difference between bass and high tones produced.

• Bass tones- They should be well defined and deep. A lot of mid-tones on the sound makes the cajon sound 'woolly' which may suit some people, but most important of all is to know the difference.

• Snares and tuning- If you need a cajon with snares, it should produce a controlled buzz with high tones especially when tapa is played gently. They should not be dominant when the bass tones are played.

For more details visit us at : cajon drum