Whether you are hunting or doing target shooting for practice or in a competition, you will be using guns which produce sounds whose intensities are typically harmful to the human eardrums. What is most dangerous about the damage caused by the sounds produced by these guns is that the effects only become noticeable when it is basically too late to do anything about it.

This damage usually takes the form of a loss of hearing range : the human ear normally hears all sounds with frequencies between 20Hz and 20000Hz, but when the eardrums are exposed to sounds of intensities as high as 140 decibels as target shooting and hunting guns generally produce, then the ear will eventually no longer be able to hear some frequencies close to 20000Hz. 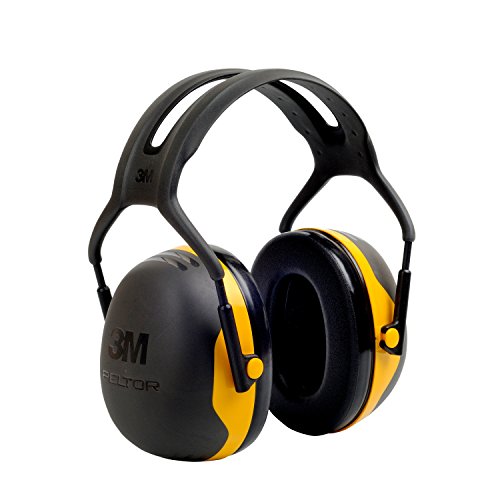 To avert such damage, it is advisable that you put on shooting ear protection. There are two main types of shooting ear protective devices, namely ear muffs and ear plugs. The latter are of several different types, which include universal ear plugs, wax balls, silicon balls, otoplastics and others.

Here are some of the benefits of ear muffs over other types of devices used for shooting ear protection:

Easy to put on:

One of the major advantages of shooting ear muffs is that they are easy to put on. This is due to their shape and flexibilty which means you basically just need to slide the ear muffs onto year ears and they are ready for use, provided that each ear is completely covered.

This makes them particularly convenient for children who may be practising target shooting in the absence of any adult, or even adult beginners who are not yet versed with the equipment.

Another vital advantage of shooting ear muffs is their one-size-fits -all property. Due to the flexible or at times adjustable nature of their headbands, a given pair of headmuffs can fit into a wide range of head sizes and the more flexible it is, the wider this range.

Ear plugs on the other hand are designed to fit into the ear, so a given pair of ear plugs will typically have quite a narrow range of ears that it can fit into. Again, this is particularly convenient for children and is also very useful in situations where financial resources are not easily affordable.

A given pair of shooting ear muffs can be worn over and over again with no problem, whereas ear plugs are generally designed to be worn either just once or only a few times. Once more, this helps the user economise significantly and also protects children who might see a used pair of ear plugs and ignorantly want to try it on.

Note that uncleaned earplugs and those that are overused are vulnerable to bacterial infections and are likely to introduce dirt into the ear canal. Besides, earwax can cause molded and pre-molded earplugs to become rigid, thereby straining the ear canal. This may result in ear infection, severe pain, and in extreme cases, hearing loss. Since earmuffs are not designed to fit into the ear, they are not affected by such issues.

Another significant advantage of earmuffs is their reliability. This is due to their perfect fit, which assures everyone that whoever has a pair of earmuffs on, is indeed receiving the full protection indicated on the product. And since the headbands are flexible, this assurance lasts for a relatively long period over which the earmuffs are worn.

Ear plugs, on the other hand, if worn by someone with an unsatisfactory mastery of the equipment, may end up not providing as much protection as required or expected and this could become a serious issue. So ear plugs always require a connaisseur to make sure they are put on properly whereas with earmuffs, there is no such requirement.

The last advantage we will present here has to do with comfort, and also has a potential disadvantage lurking behind it. Ear muffs cover the whole ear and as such provide an extra source of warmth and comfort. This is of course highly welcome in cold weather, for example during winter and autumn in the temperate regions and during the rainy season in the tropical regions.

In such weather, your ear muffs protect you not only from potontial damage to your eardrums, but also from the cold. Obviously, the underlying disadvantage is that in warm weather, the earmuffs will make your ears feel uncomfortably warm and humid, though of course they will still protect your eardrums.