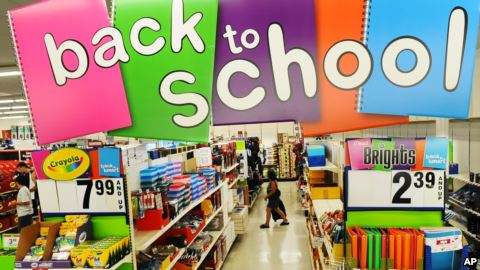 This year is the tenth anniversary of the launch of Apple’s iPhone, handed almost one year the iPhone 8 is finally also coming soon. Enthusiasm of Apple’s fans is growing up one by one. Who are excited are not only fans, but also many cross-border online traders and sellers, because after the iPhone 8 once launched, its various peripheral products will become a new series of explosive models. The industry members generally believe that the new iPhone model will be released in September, and on the market of mobile phone accessories related to iPhone 8 battles have begun in advance.

Anker releases new mobile phone case
About the iPhone 8 peripheral products, nearly a month from time to time there are Amazon and eBay sellers to discuss: iPhone 8 phone shell can be listed now? The result is that most sellers think that new phone has not come out, and now to release the phone shell is too early. But you should keep an eye on the action of top sellers. According to MacX news, Anker yesterday released a series of iPhone 7s / 7s Plus and iPhone 8 mobile phone cases. Among them, the iPhone 8 new Karapax series of mobile phone shell set openings aside in the back for the vertical double-lens.

They have now integrated a variety of new iPhone information that has been leaked to make new accessories, hoping to seize the initiative. However Anker released a new phone case before the launch of the new iPhone 8 is also a great risk. According to Google trends, iPhone 8 in the Google page search heat continued to rise, as from July 30 the heat up faster. Cell Phone Age in accordance with user habits in the Amazon search "iPhone 8 anker", did not find Anker's iPhone 8 related products, it seems the new release of the phone shell has not been listed on sale.

What is the new iPhone model?
On the iPhone's new models, sellers should also have heard a lot of information. Rumors that this year Apple will bring "iPhone 7s", "iPhone 7s Plus" and "iPhone 8" three models, there are news said that the new iPhones only have three colors, silver, black and blush, and if so, in this year there will be nine different colored new iPhones.

In addition, because it is the tenth anniversary of iPhone listing, iPhone 8 may also be named "iPhone X Edition". In addition, "iPhone 7s" and "iPhone 7s Plus" will slightly upgrade on iPhone 7 series, the appearance is not much change, but in order to support wireless charging, the back housing shell may use glass material. It is reported that the iPhone 8 will be the biggest upgrade since 2014 Apple's iPhone 6 and iPhone 6 Plus. Obviously upgrade includes the OLED full screen, rear dual camera, facial recognition, its storage space will become 64 GB, 256 GB, 512 GB three levels.

According to foreign media analysis, iPhone new phone is likely to be released on September 6 or September 12. Owing reliable news seller can proceed to prepare for the development of its peripheral products, especial iPhone 8 protective cases. And compared to the huge iPhone user market, every small step is to create a big step of explosion.

What sellers should care when posting new phone case listings?
Amazon mobile phone cases sellers should note that there are about 275,000 listings of problematic phone cases containing liquid and flash material. These products have the risk of to stimulate or burn consumer skin, and even disfigurement and other problems, and the US online business company MixBin has recalled them.

This type of mobile phone case really looks good, high value of appearance captured a lot of online buyers. It can sparkle and was called as the nightclub essential weapon. Allegedly, these types of mobile phone cases were mainly sold through the Amazon and other online shopping platforms while mobile phone shell manufacturing origin is China.

These liquid-containing mobile phone shells will cause liquid out when broken. Touching with skin will be a problem. At present, the US Consumer Safety Commission published a report that this phone shell will make users to be skin irritation or chemical burns or even disfigured, the world has received 24 related reports, of which 19 appeared in the United States. Canada, the United Kingdom also received a report. At present, the relevant seller has off the shelf of this iPhone protective shell on the Amazon. However they had ever claimed that these liquids should belong to the food-grade security level.

Where to buy iPhone 8 case in advanced?
In the Amazon and eBay there are a lot of mobile phone shell buyers’ comments, in which the buyer mentioned the praise and negative feedback, found that there are many words related to bad experiences. In addition, the buyer's message also referred to the shortcomings of various types of mobile phone shell, including physical and picture are different, and the product size does not match, the seller poor after-sales service. So, where to buy iPhone 8 case will be safe and quality guaranteed?

Checking out our selection of iPhone 8 cases, are these fantastic covers from Cell Phone Age com. With the iPhone 8 set to be released in September, Cell Phone Age has got the jump on iPhone 8 protective cases sale from China phone accessories manufacturers and have released a variety of their iPhone 8 case range already. We've got you and your iPhone covered against a variety of knocks and bumps with rugged bumper options like the battery case and stylish, premium cases like the Lychee. All of them can be seen and ordered now.